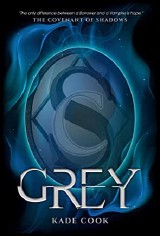 I don't want to waste too much time talking about why this book was bad, but in essence: Why was the dialogue written without contractions?! Why does the supposedly 26yo protagonist fall head over heels into giddy irrational infatuations at the slightest thing? Why do so many characters do complete 180s and change their entire course, only to do a 180 back to the original course approx two chapters later? Why did I have to sit through sooooo much infodumping, only for most of it to not really matter at all? (At least I assume it didn't matter because my eyes glazed over and I didn't really register it, and never felt like memorising all the eight houses of the Realm had been necessary.) Who actually was the villain, and what were the motivations behind anything that he did? And like, just to reiterate: How did this book get to the point of being published with the dialogue all so stilted and awful?! Even assuming it was a self-pubbed effort, was there literally no beta reader or anybody to be like, “Hey, characters are allowed to use words like ‘don’t’ and ‘isn’t’, it’s cool.” Really?? I just can't. This was well below the standard I usually expect even of self-pubbed books.