Gidget is an indoor-outdoor cat, but we (try to) keep her in between dusk and dawn (which is even the local bylaw, although hardly anyone abides by it haha). Last week she was giving us some problems: where usually she’d been coming in between 6–7pm, she was jumping the fence to a neighbour’s and not coming home ’til 11pm, if we didn’t find her and carry her in before 6. She also wasn’t coming in for snacks over the course of the day like usual, nor spending her time chilling in our little backyard where she usually spends a lot of time. Instead, she’d hide in the front flowerbed, or (as I said) jump the fence to our neighbours’ properties.

I think there was an obvious cause: where we hadn’t had anyone visit for like six months due to the lockdown and then my mum’s health issues, we did have my folks visit on New Year’s Eve and then three days later on the Sunday (Sunday being the day we usually catch up each week). Naturally, they wanted to see this beautiful Platonic ideal of a cat who they hadn’t seen except on Zoom or in photos for six months. Gidget, on the other hand, did not want to see them. She jumped out of the bushes to play with their dog, Gizmo, but the humans she wanted to avoid. I sometimes say she’s a huge introvert of a cat: she’s happiest with just one or two people at home. In pre-pandemic times she could be friendly if we had one guest (provided she already knew them), but any more than that and she’d go into “I’m gritting my teeth and bearing it” mode (and if there were any guests she didn’t know she’d run off and hide). I think with the long gap between visitors, she got used to it only ever being just us at home, and probably felt relieved that way… so now she’s upset that we have visitors again. Plus, I carried her into the living room so the visitors could at least get a glimpse of her, which is clearly the most vile form of cat torture a human ever did devise. Hence, for the week after that, refusing to come inside in the evenings.

Now, I can’t really never have any visitors just because my cat doesn’t like it… (I mean I guess I could, but it would be kind of weird and inconvenient). However, I did have to realise that forcing her into the same room as guests she doesn’t want to see is not a nice thing to do to her. Even though she does know them and has even slept on their laps in the past. She’s not used to seeing them any more, which means I have to give her the time and space to decide when she wants to greet them again. So when my family visited again last Sunday, that’s exactly what I did. She was outside when they arrived, and I didn’t go looking to make her come inside, let alone see the guests. I think the strategy worked out: she came in of her own accord at 10pm (which is still after dusk but earlier than she had been), and in the days since, her behaviour has been back to normal: chilling in the backyard, coming in regularly for snacks, and coming in for dinner at 6–7pm before settling in for the evening in the living room. So I guess the moral of the story is: treat your cat with a bit of respect, and they’ll respect you a lot more in return 😂 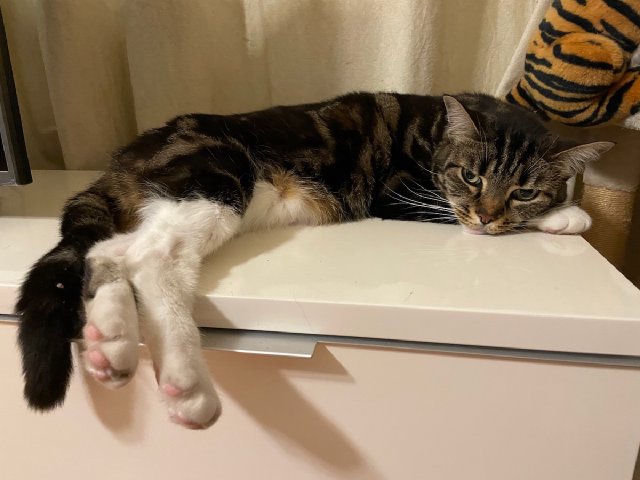